Microsoft Windows operating system has a protective feature to reset itself when it becomes belaboured. Known as a System Restore Point, it is an image of the system configuration and settings in the Windows Registry. It helps restore the system to an earlier date it perfectly ran. Nigeria currently is in dire straights – in need of a reset to when last it perfectly functioned as a potential great. One of what was near perfect was the Naira. Apart from a few, the people hardly suspected how much the Naira exchanged with other currencies. Nigerians naturally and gladly stored their assets in the Naira. There was no need not to – the pegging of the Naira to the United States of America dollar made the Naira an attractive asset-storage currency. It was the same as storing our wealth in dollars.

Oil receipts had multiplying effects allowing Nigeria to create more wealth – knowledge, manufacturing, and expanding the extraction of more oil and other minerals. Quality local education, healthcare, and locally produced goods for daily needs meant less forex outflow, coupled with oil receipts made a positive balance of payment with other countries. But there was a problem. As desires for a modern lifestyle began to grow, the demand for forex outstripped the supply. It, however, could still retain our best brains’ intellectual assets. There was also no capital flight – the Naira was still good enough to store our assets. That was where Nigeria and the Naira were when the world descended into a prolonged recession from 1980 to the early-1990s. 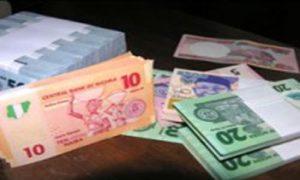 Nigeria, up until 1986, as stated, had the Naira pegged to the world reserve currency – the United States of America dollar. On that pegged exchange rate, Nigeria became a global long-term investment destination. It was all going well – the envy of the rest of the developing world until we encountered that bump in the early 1980s. In economics, growth and recession are cyclical components. Nigeria going into recession was, somewhat, not an exception. Thus, Nigeria experienced its share of severe economic conditions during the prolonged global recession of the early-1980s to the mid-1990s. It was a tough time for most Third World economies – the two international financial institutions, opposite each other, situated on Nineteenth Street, Washington DC. – the World Bank and the IMF – had instituted the Washington Consensus.

The Washington Consensus policies include fiscal austerity, reordering public spending priorities (from subsidies to health and education expenditures), reforming tax policy, allowing the market to determine interest rates, maintaining a competitive exchange rate, liberalising trade, etc. It, however, did not insist on liberalising the Naira, as people would make us believe. Any Third World country that approached the Bretton Woods financial institutions in the 1980s, asking for assistance, met a brick wall unless they adopted the Washington Consensus policies. The IMF, in its recommendation to Nigeria, urged for tax reform. It suggested a fiat devaluation of the Naira to shore up the IGR. A pegged currency regime hinges on having adequate tax receipts. It is a significant component to empower the government treasury to earn enough local currency through taxation to buy forex from exporters and foreign investors and stabilise demand.

The then military government was in a dilemma – it seemed – according to some of the reasons given to the public about the aborted coup where some allegedly favoured the IMF conditionalities. The internally generated revenue, IGR, was insufficient to fund the government obligations, not to add buying forex from others. Consequently, there was a national debate on what will eventually become the Structural Adjustment Programme. In hindsight, the liberalisation of the Naira, which was not part of the Washington Consensus, would turn out to be the Achilles heel of the Nigerian economy. The Naira, up until that point, was an attractive asset-storage currency (pegged to the dollar) – retaining both intellectual and physical assets of Nigerians in Nigeria and mitigated flight of the best brains and capital flight to other currencies.

The SAP debates were exhilarating. In retrospect, credit must go to those economists who opposed the liberalisation of the Naira – the likes of Ibrahim Ayagi, Olasore, etc. They argued against floating the Naira. They were relieved of their posts in the banks a day after the debate ended. May the memories of them, who are late, be a blessing. The sacking of the late Ibrahim Ayagi and co was innocuous at the time. It would, however, lay a foundation for the timidity of other Nigerian economists. Their successors, afraid of being labelled economists to the left, conform to popular or classical economic theories, even when it is clear that the policy is not working.

Unable to generate adequate IGR through taxes, the government, instead, became a net forex seller to fund government expenditures – a policy that is still on today. The madness of sticking to the floating of the Naira has been only one narrative – supply and demand of forex, and nothing else – end of the conversation, but it is foolhardy. The considerations of using demand and supply arguments have stunted our economic growth and needs revision. Fast forward twenty-nine years! The All Progressive Congress, APC, in their campaign, gave a glitter of hope. Would there be a system restore point for the exchange rate mechanism and other anomalies in the Nigerian economy?

Was the choice of the cabinet in 2015 the wrong one? Would it have been different with a progressive cabinet composition? It would seem so, as it appeared only the president pushed for pegging the Naira in early January 2016. Could the president have changed the central banker to advance his ideology on the exchange rate mechanism? There are no easy answers to these questions. What is clear is that it is Naira that is the problem. That we do not realise that up until now is a mystery. Everything wrong with Nigeria – insecurity, unemployment, lack of infrastructure, the migration of the best brains, capital flight, stunted economic growth, are all functions of the flawed exchange rate mechanism – the Naira in our pockets. The professionals were the first people to leave the shores of Nigeria at the onset of floating the Naira. They left, with only their passports seeking a better worth of what was in their heads – their intellectual assets acquired in Nigeria. 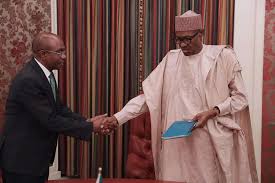 The next to disinvest from Nigeria were long-term investors, as the frequent devaluation of the Naira no longer gave security to long-term invested funds. The liberalisation of the Naira, however, would attract briefcase investors. The briefcase investors went into the stock market, currency trading, and importation of all kinds of finished products into the Nigerian economy. It would create wealth for a few, while 90% of the population miss out on prosperity. Never before did ordinary citizens in Nigeria become aware of what the Naira exchanges with the dollar. Economists usually inundated us with Microeconomics or macroeconomics. There is, however, a third, called welfare economics. The purpose of using welfare economics, unlike the other two, is not to explain how the economy works but how well the economy performs.

We have been too lazy, intellectually it seems, to employ welfare economics. It would have long triggered foreign exchange mechanism policy System Restore Point (an about-turn) to pre-SAP days. The stubbornness not to revisit the exchange rate mechanism is stupid. History, it is clear, keeps repeating itself in the adopted regime of floated currency as the Naira continues to lose value in perpetuity. In mathematics, the probability of any event is a number between 0 and 1.  Zero (0) indicates the impossibility of an event, and one (1) indicate certainty. The higher the probability of an event, the more likely the event will occur. Naira continuous fall in value tends towards zero recoveries. If history repeats itself, and the unexpected always happens, how incapable must a man be of learning from experience? George Bernard Shaw. To save Nigeria, we must rescue the Naira. Besides, each time the Naira loses ground to the dollar, which will not be so in a pegged Naira, poverty grows since poverty measurement is in dollars.