Is The Widespread Use of PMS In Nigeria Sustainable? 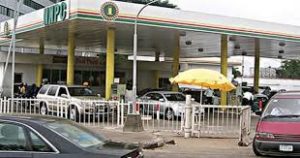 It is becoming inevitable to separate equity from efficiency in Nigeria’s economy. Unfortunately, this discussion is not on the table for unexplained reasons. Economics is a branch of social sciences. It tries to answer the questions of what, how, and for whom to produce in society. This task begs for the allocation of state resources, often scarce. The role of the government, therefore, is to allocate resources efficiently and not to squander them. Pre-election promises by politicians to win votes always project to make available some services and commodities to the generality of the people. In Nigeria, two of such crucial services are in the energy sector, petrol and electricity. With this in mind, the recurring headache of state subsidy of gasoline is the theme of this write-up.

The Italian sociologist, Vilfredo Pareto, dealt with the efficiency of allocation of resources. Pareto said it would only be efficient, for a given set of consumer tastes, resources, technology, or subsidy, if it is impossible to move to another allocation point which would make some people better off and nobody worse off. In simple term, the removal of subsidies should not make the people worse off, while some are better off. Trying to make some people well off and nobody worse off demands a strategy; in most part, the government of the day has to make a balancing act based on a value judgment. This value judgment is made use of another branch of economics, known as welfare economics that deals with normative issues. Its purpose, unlike macroeconomics or microeconomics, is not to explain how an economy works, but to assess how well it works. Welfare economists usually use Pareto-efficiency as a tool for resource allocation.

It is indisputable that only a small number of Nigerians are well off while millions of Nigerians are worse off – that in itself is Pareto-inefficient. Today in Nigeria, the questions intelligent people should ask, “Is our allocation of resources efficient or are we squandering them?” Corruption, which is an act of self-interest, is one factor that fuels the squandering of our resources. Adam Smith’s Invisible Hand” premised the unintended benefits to society as a whole, by our individual’s self-interest. Smith, it seems, never reckoned with the effects of capital flight that dilutes the principles of Invisible Hand, as the selfish export wealth outside the financial system of a particular society in question.

Subsidy of any commodity, including the PMS, is an inefficient allocation of resources. However, petrol in Nigeria of today is a crucial commodity to the welfare of the vulnerable people in Nigeria. The ordinary Nigerians ride on petrol-driven motorcycles, and gasoline-driven “danfo” or bus. Their goods moved on the petrol-driven truck; they generate most of their power from over 55 million petrol-driven generators, and they cannot afford anything else. Any adjustment will make millions worse off, and aside from being not compassionate to the poor, it is grossly Pareto-inefficient. In most capitalist economies, apart from the United States, the price of gasoline is market price-driven. The ordinary people in most economies do not get exposed to the use of petrol. It is of note that even the well-offs in such economies ride on mass transit if they so wish. Such a situation allows improved qualities of mass transits as the high-net-worths also patronise them.

Diesel engines are 40 per cent more efficient than gasoline engines. Powering mass transit of people and goods on diesel/electric vehicles improves the efficiency in energy deliveries within an economy, which otherwise would require subsidy. In Europe, most people ride on diesel-driven buses or trains and electric trains. Their goods moved by diesel-driven trucks or trains; they do not produce their electricity as they are all connected to public utility electricity, which is good economies of scale for everybody. Even in the United States of America, with its short supply of mass transit, its citizens do not have to generate power with PMS-driven generators. Nigeria must rank as the number one country in the world with the highest percentage of a petrol-driven source of energy. No nation can sustain these broad applications of the PMS as the primary source of energy.

What is the way forward? It is a “thousand-miles” journey, which must begin with a single step. The first step is to stop, as a matter of policy, new registrations of commercial vehicles that are powered by PMS, tomorrow. Then, allow those petrol vehicles in existence to fade out through attrition during the renewals of their licence to operate commercially. As for the over 55 million gasoline generators that litter the landscape of Nigeria, a policy of diverting grid power during specific periods of the day to domestic and light business users would reduce the consumption of PMS. The off-road use of PMS in Nigeria is in the region of 43% of PMS consumption. If some industrial users are disconnected, in the interim, from the national grid, it will release more power to the domestic/light business sector of the economy. Those disconnected maximum-users could then have their diesel or gas bills subsidised by excise tax incentives based on production. The country would then be supporting productions and not consumptions.

Nigeria inevitably needs to diversify its sources of energy, particularly the ones that will power the energy needs of ordinary people, from the widespread use of petrol. After that, a fuel tax on PMS is possible to fund road maintenance and even subsidise the pump price of diesel and gas. One other advantage of this model (subsidy to some industries) is the opportunity to build the Nigerian product brands on global competitiveness and create improved job opportunities for Nigeria’s teeming youths. It is also urgent to focus on quality deliveries in all our endeavours, both in public and the private sector. Lack of meritocracy in recruitments into public service is hindering the separation of the equity from efficiency in our economy, and it is unsustainable. The removal of subsidies is a reality. However, only living by example by the government officials will mitigate the psychological pain of what Nigerians are experiencing.

Samuel A. Caulcrick writes from Lagos

Author: Power In Nigeria, will there ever be light?