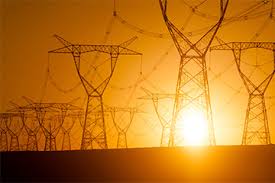 The Nigerian public electricity sector, known as the power sector, is undoubtedly the most intractable, unsurmountable so far, of the stumbling block on the road to Nigeria’s development. The industry is also the most misunderstood because even the experts seem befuddled. It should not be so, but it appears we have all been looking in the wrong direction to solve the issue of grid electricity in Nigeria. The supply side has occupied most of the public discussion, while the market for electricity, as a product, has been generally ignored or misunderstood. Power plays a significant role in the socio-economic and technological development of every modern nation. It has become the backbone of modern industrial society, with its versatility as a source of energy.

There are substantial distinctions between the electricity produced at home or for our businesses using petrol or diesel generators and the public grid electricity. One of such differences is that unlike our private use of generators, households and factories do not give advanced notice to the utility company about the amount of power they need or the time they need power. The lack of the privilege of knowing when an individual consumer needs power or how much power creates uncertainties in the supply chain of public electricity. The sector can only estimate, by close monitoring and cooperation between the users, the distribution company and the generating stations. Since Thomas Edison built the first power grid at the corner of Pearl Street, in Manhattan, New York, in 1882, the solution has always been to produce more than demand to cater to these uncertainties. Nigeria, however, does not currently have such privilege to produce more than needed. These are the fundamentals, Nigeria may have to give attention by creating an enabling market to mitigate the uncertainties that put off further investments in the power sector.

Part of the misunderstandings of the sector is that we cannot, as with today’s technology, economically store electricity on a national scale. It means electricity, once produced, must be consumed instantly; otherwise, the industry will incur losses. Here is a product you push to the market, and if not sold immediately, you lose. It is not like any other commodity to put to storage like oil in a drum you can sell another day. This intricate part of the power business has been the most misunderstood. Who bears these losses? It has to be the consumers, whose desires for electricity to be available anytime they need it but only willing to pay for only the ones they use, as recorded on their meters. The concern of the consumers is a fair game. Still, there is a cost to keeping the power line alive whether used or not for any time the consumer wishes to use electricity – that is the cost for uninterrupted power supply. There is, also, during specific application in the use of electricity occurrence of certain disturbances on the power grid, which could lead to the whole system collapsing. A reserve capacity, therefore, is a must to compensate for any troubles on the line, should it happen. That too comes with 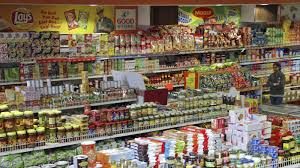 Public electricity supply, like every other commodity, needs a market to thrive and remain sustainable to attract investors. It is, however, the local power sector’s considerable share of the power component in the manufacture of the goods in the market that will attract investors. There is no doubt that there is a vast market for power in Nigeria. It is, however, made up of fringe electricity market as well as the core power market. The fringe electricity market is the household consumption of energy, and it is generally conservative. People switch out their lights when they go to bed, and their meters only record the little they use during that time, while the utility line is expected to be fully powered since they do not know who has gone to bed and who has not. The domestic consumption conservative nature makes that side of the electricity market a fringe market to the industry. On the other hand, is the industrial and business consumers that need the energy by necessity to create wealth – the more power they use, the more wealth they create, and the more returns on investment in the power sector.

The market for power in Nigeria is enormous, like any other modern economy. Electricity is the energy that drives our daily requirements, like running our appliances at home and offices, and as a production component of the items, we use daily. Unfortunately, today, eighty per cent or more of finished products people in Nigeria use every day are foreign made. That means Nigeria’s power sector is struggling with a low share of the available market in the power sector, because of our choices of foreign-made goods. It is not only that; the power component in every foreign-made product is in forex, which puts additional pressure on the local currency, the Naira. Presently, Nigeria is facing double jeopardy. The fringe market (domestic consumption) will struggle to afford the cost-reflective tariffs because the majority of the people’s buying power is low. The country’s per capita remains low because, among other things, Nigeria’s meagre resources go to fund, in forex, the components of electricity and labour used to make imported or smuggled products that people in Nigeria use daily.

In a democracy, a gun would not be put into people’s head to buy locally made goods. Hopefully, an understanding of the fundamentals stated above will inform the majority to patronise made-in-Nigeria. It is not necessarily about patriotism, but what the individual will gain as regards the pain of living day in and day out with a struggling power sector. By patronising made-in-Nigeria, the share of locally made products rises in the market, and this can only translate to increased demand for power by the industrial sector. It initially could be using private generators, but that incentivises the power sector to push out more megawatts. There is no competition between the grid power and private generators because the grid is a fraction of the cost of other sources of energy for its economies of scale. Besides, the power grid is the most convenient but needs a guaranteed market, such as constant industrial consumption, to remain sustainable. A higher percentage of made-in-Nigeria in the markets creates that low inventory for most producers of goods. It translates to a massive demand for power, which presently is lacking in Nigeria because of the unrelenting imports and smuggled goods. The same reasons go for the massive unemployment in Nigeria, as the foreign labour components in the production of imported and smuggled goods that people buy daily shrink job opportunities for Nigerians to be gainfully employed.