The prolonged global recession of the mid-1980s to early-1990s was a watershed in the lives of most Africans. Most people in Africa watched helplessly, unable to react with decency, as their fortunes took a wrong turn. Sometimes many Africans’ reactions to the erosion of their wealth seemed unpatriotic. In the heart of all these were the two international institutions, the IMF and the World Bank. They are both on Nineteenth Street, in Washington, D.C., U.S.A., opposite each other. They precipitated the Third World crises. They had, in the wake of the prolonged global recession of the 1980s, come up with economic policy known as the Washington Consensus – coined by the English economist, John Williamson, in 1989. 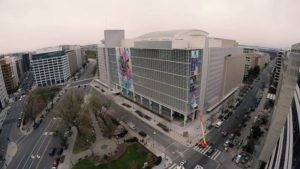 There were ten conditions in those prescriptions dished out to crisis-wracked developing countries in case any Third World country needed a bailout. These prescriptions were for macroeconomic stabilisation, expansion of market within the domestic economy, and opening of both trade and investments. There was a triumvirate – fiscal belt-tightening; transfer of the public business to private ownership, and removal of regulations or restrictions – turned out to be poisoned chalice. The majority of the countries that took the IMF bitter pill saw their economies go into a tailspin. Most of them are still struggling to recover until this day.

Why did the Washington Consensus fail mostly in Africa to spur up growth? It appeared Africa privatised the wrong side of its enterprises. Most African nations, after years of colonial superintendence, were still learning the ropes in supervising their local affairs by themselves, even in the 1990s. Their national institutions were self-inflicted weak and ineffective. Still, Washington Consensus, it seems, misdiagnosed these psychological Third World’s ailments by a long shot. Every community needs strong institutions in modern communal living. The strength of any national institution lies in its regulations and their compliance. However, political interference populated the regulatory bodies with mediocrity, in almost all of Africa and most Third World countries.

The two global financial institutions in Washington, D.C., when formulating their one-fit-all fiscal policies had paid less attention to the impotence of regulatory frameworks in the emerging economies. While the IMF and the World Bank insisted on the privatisation of some government businesses and services to secure assistance, they left the corresponding regulatory authorities, in those countries, subject to government interference. It turned out to be a great disservice to those nations. IMF and the World Bank, one could argue, were in a learning curve in those days. 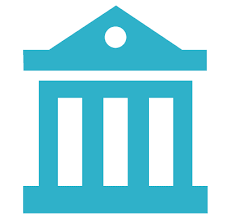 The IMF and the World Bank ought to have prescribed, as most fundamental, the privatisation of the critical regulatory agencies. In doing so, the regulatory bodies could have become the nests for competent hands who could mount active superintendence in the appropriate industries. Those private regulatory agencies would still operate within the confines of their enabling acts of the particular sector without undue interference. If Africa or Nigeria, in particular, do not privatise most of the regulatory agencies now, they will continue to grope in the dark in a modern market economy.

This time around, after years of stunted growth in Africa, while the rest of the world is gunning towards the fourth industrial revolution, Nigeria and Africa have to commence the privatisation of their regulatory agencies. It is the weakest link that everybody understands as not too strong institutions in Africa, but not wanting to fix. The elephant in the room, typically! It took the British 270 years (1694 to 1946) to relinquish private ownership of the Bank of England, for example, by which time it had become a model globally of a strong institution. The Bank of England became an independent public organisation in 1998, wholly owned by the Treasury Solicitor on behalf of the government.

It is surprising that the IMF, under a new director, is still missing out on this critical anomaly in developing countries. I listened to the IMF review on Nigeria, and that triggered this write-up. I have an aviation background of over 45 years, having worked in many sectors in the aviation industry. I had worked both in regulations and operations and can tell where the problem is. The experience gathered over the years informed that once the regulatory body of any area of the economy is immutably strong, devoid of meddling, the institution becomes stronger. Fix the supervisory authority; then you have fixed the industry. This assertion can only happen and sustained if the regulatory framework is under private management, considering our present level of political development. 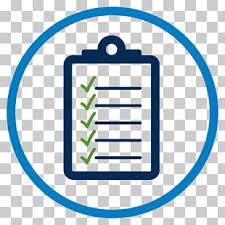 The concept of government having nothing to do with business has excluded many of the citizens in the economies of most Third World nations. There are sometimes compelling reasons why the government could remain in business for social equity, like health, education, etc. What African governments, and for that matter, the Nigerian government, should get out of, in the light of our experience, is the regulatory functions. That would fix the intractable economic duress of most governments and spur up growth. A private regulatory body will ensure the competence and quality deliveries of even the most uninspiring government services. I hope there is a strong will by the present administration and the Ninth Assembly to put these into considerations. The Bureau of Public Enterprise could also start to put this into future development. Africans have lived unperturbed with private auditors and welcomed it, but those are after the acts. Africa also needs private-sector supervision to build strong institutions before further damages are done-deals!