The problem of Nigeria’s public utility electricity supply seems “the elephant in the room”. When the old Power Holding Company of Nigeria, PHCN, was unbundled in 2013, people, in Nigeria, heaved a sigh of relief. Is the narrative on power faulty? “Narrative” governs human being’s behaviours, and sometimes with favourable outcomes. Power supply problem in Nigeria remains intractable, befuddling to most of us, but could be as simple as a faulty narrative. 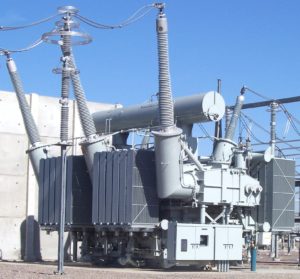 In modern times, electricity continues to play a significant role in countries’ socio-economic and technological development. It is the most convenient and easily convertible form of energy but comes with a cost, and the cheapest is from a grid network because of the economies of scale. Most economies increasingly deploy electricity to power industries; even automobiles; trains and buses; home appliances and working tools. For most of my adult years, the cliché has been “nothing gets done without power” – by this, we mean grid electricity because it is the cheapest and most convenient. To have electrical power, one only needs to flick a switch – voila, it is there.

The uniqueness of grid electricity is not being able to put it into storage on a national scale, like putting oil into drums – this is a -major issue. That, however, is changing as advancement in technology increases the storage capacity, such as in lithium-ion battery bank or in the vanadium redox flow battery bank. The causes of the frequent power outages in Nigeria today, technically, is not that of low generation capacity, as the narratives go, but more of the struggle by the Transmission Company of Nigeria, TCN, to stabilise the electricity grid. 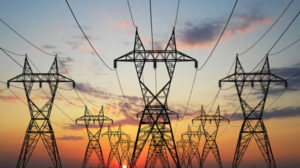 Nigeria already has over 12,900 megawatts of installed generation capacity managed by the six to become seven generation companies, the GenCos. There are over 60 million private generators scattered all over the Nigerian landscape, with more than 58 million petrol (PMS) driven. Using subsidised gasoline (petrol) to generate electricity will be inefficiency in any economy, and the removal of petroleum subsidies is inevitable. According to valid data, the use of PMS for generators accounts for over 43% of the daily use of subsidised petrol in Nigeria. That is a topic for another day.

The DisCos and the Transmission Company of Nigeria, TCN, bicker on who is most responsible for the various system collapse in the grid. The issue of insufficient gas, turnaround maintenance, and idle generators of the GenCos are constant narratives. The widespread electricity thefts by consumers are alarming and could be the most significant obstacle, yet, the DisCos have to surmount. The most contentious of all is the unrealistic tariffs that the stakeholders’ claim do not cover the cost of grid electricity supply. The Nigerian Electricity Regulatory Commission, NERC, is out to protect consumers by having every electricity consumer metered. NERC’s delay, however, in approving a cost-reflective tariff may affect the sustainability of the power supply business itself, and this does not preclude ownership of the DisCos – private or government.

Why is Nigeria’s public electricity supply fraught with frequent power outages? The answer, partly, lies in how electrons flow in electricity during certain applications. In some specific applications, such as heating or during startup of an electric motor, there is a rush of current known in the industry as “inrush current”, which sometimes is noticeable as a flicker in low capacity electric supply. In other countries, consumers are cautioned about the use of such appliances when electricity supply is less than adequate. The widespread use of air conditioners in present-day Nigeria without such caution in our low capacity and not enough reserve to absorb the disturbances in the grid is the cause of the several system-collapses. Compressors in air conditioners are heavy duty electric motors and are unpredictable to anticipate when they will start across the grid network.

The conventional solution has remained the same from the 19th Century to mitigate interrupted power supply. It is by producing more energy than needed to compensate for disturbances on the grid, which means, for the most part, some energy goes to waste. Batteries or capacitors are probable solutions, such as UPS but such are of limited storage on a national scale. Since Thomas Edison built the first power station in New York in 1882, electricity grid supply and its management has remained the same, and it is still the solution for the 21st Century. When using electricity for heating, the in-rush current is continuous, but for operations like air conditioning or refrigeration, the in-rush current is only during startup of the compressors. The increasing incidences of system collapse somewhat coincide with the widespread use of air conditioners in Nigeria without substantially increasing the electricity supply capacity.

The Transmission Company of Nigeria, TCN, is mandated to stabilise the grid. TCN currently is upgrading the reserve capacity of the grid and has chosen the spinning reserve capacity system, but that has its downside – it takes too much time to come online, and the fastest is about 10 minutes, and some may take hours or a day. The commonly used UPS and inverters store electricity for emergency use, and they come online in milliseconds without need to stabilise frequencies. The solution to the 21st Century electricity supply can depart from the 19th Century practice; mimicking those of the likes of inverters. Fortunately, technology has advanced to provide storage in large volume on a national scale, using banks of lithium-ion batteries or the vanadium redox flow batteries. Renewable energy can also power the supplementary-reserve capacity to cut down on cost and less waste of reserve capacity.

The book, “Power In Nigeria, will there ever be light?”, is available for free download on www.powerinnigeria.com written by the same author and published in November 2018. It is a concept about breaking the 5,000 megawatts ceiling of power supply in Nigeria. It suggests a shift in policy to move the present subsidies on PMS that power petrol generators to discount the energy bills for industrial usage; it also premises on an increased market share of locally produced goods as a panacea to sustain growth in the power sector. 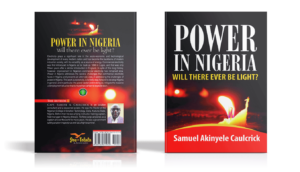